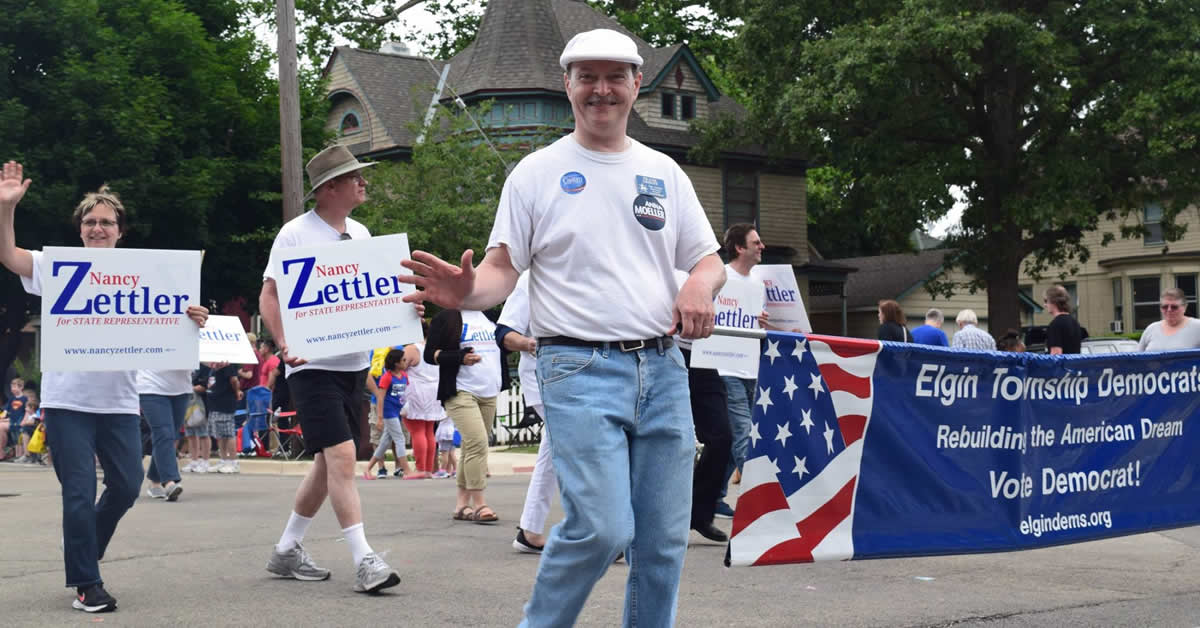 I’m Frank F. Imhoff. I was raised on the South Side of Chicago and studied to be a Lutheran minister. I became interested in religious broadcasting and, after seminary, worked more than 30 years in broadcast journalism, including 20 years with the News Service of the Evangelical Lutheran Church in America. I retired at the end of 2018 as manager for official documentation of the ELCA. Mary Ann and I have four sons, four grandchildren and one great-grandson.

My earliest involvement in politics was with the 1960 election, when I was eight. Politics and government continued to fascinate me, but, as a journalist, I kept my political views to myself. When I moved to Elgin, I educated myself on the candidates running for local office. My views — that government was meant to grow the options available for all residents to support themselves and their families — were most often reflected by Democratic nominees.